During the two-year research for our book LOOK INSIDE we discovered many amazing illustrations and artists that, for one reason or another, did not make it into the final version of the book. It would be a pity to leave these forgotten on a drawer, so during the next few weeks we will present here some of these masters of the cutaway.

A while ago we wrote here about Frank Soltesz, an American illustrator active from the 30’s to the 60’s, and author of a marvelous series of architectural cutaways appeared in the Saturday Evening Post. Today we want to pay homage to another artist of the same epoch: Fred Freeman.

Fred Freeman started his career in the 30’s. By this time cutaway illustrations were becoming a tool that popular magazine would often use to covey to their readers detailed information about technical topics. Commercial illustrator were often asked to produce cross-sections and cutaways for various publications, sometimes with striking results. 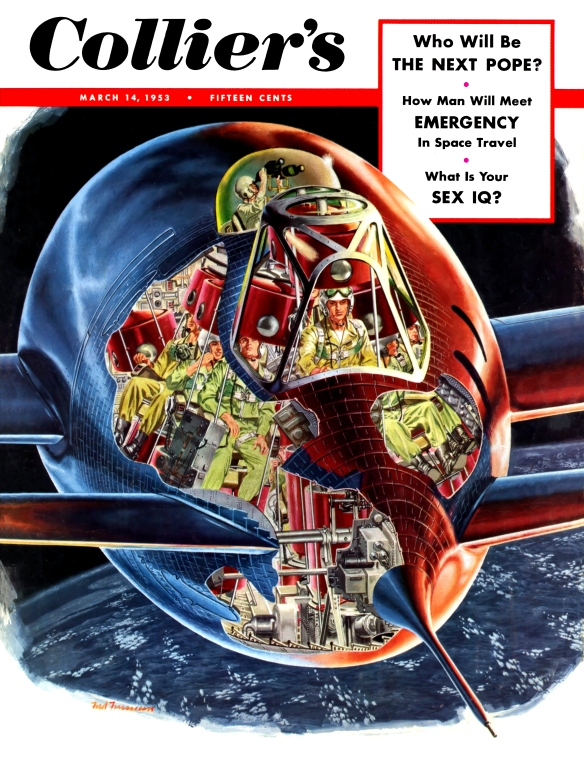 Fred Freeman was an accomplished American illustrator who designed and illustrated books on naval history, space exploration and other technical subjects. What impressed us most during our research was the wonderful series of cutaway illustrations he created for Collier’s magazine between 1952 and 1954, all of them for the series “Man Will Conquer Space Soon”. The spectacular, full color, spread or full-page illustrations depict in stunning detail cutaways of space stations, spacecraft, space emergency devices, and other aspects of the future of space exploration. The images illustrate the ideas of the then director of the Marshall Space Flight Center, at NASA, Wernher von Braun, a space travel visionary who was already insisting by then on a manned mission to Mars.

It is surprising and disappointing how little information is out there about such a wonderful artist as Fred Freeman. Please let us know if you have any more information about him and we will publish it as an update here. 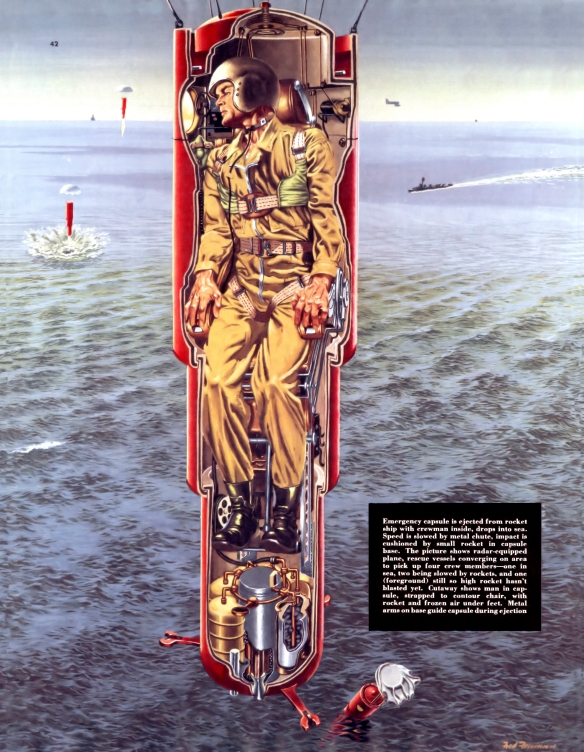 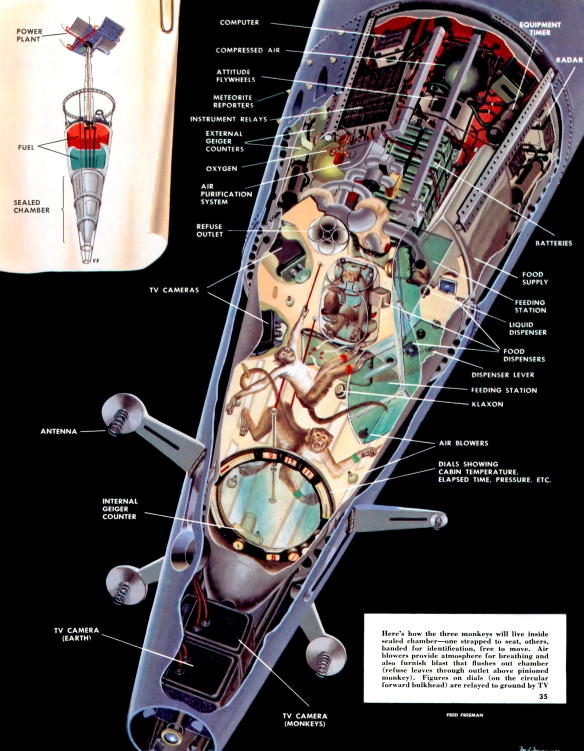